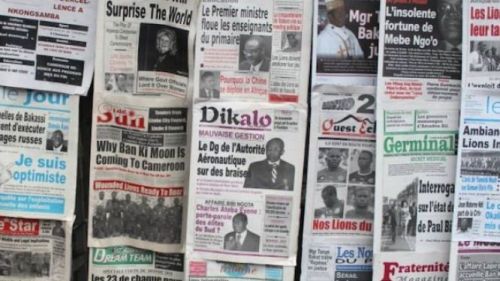 Even foreign media must send copies to various ministries

This year, some of the written presses operating in Cameroon did not send copies of their various publications to the ministry of communications because they did not know this is still a rule in the country.

In a release published on May 27, 2019, Emmanuel René Sadi, the minister of communications, indicated that copies of the newspapers produced or distributed in Cameroon have not been regularly sent to his ministry.

He therefore reminded that according to article 16 of the law n°90/052 of December 9, 1990, on freedom of social communication, “depending on the location of the media, all publication managers are  required to send two signed copies of their respective publications no later than two hours after publication to the central or external services of the ministry of information.”

Article 23 of the said law stipulates that foreign distributors of foreign media must send two copies of each publication to the territorial administration ministry 24 hours before the media is distributed in Cameroon.

Failure to do so exposes culprits to sanctions or even to a publication ban.