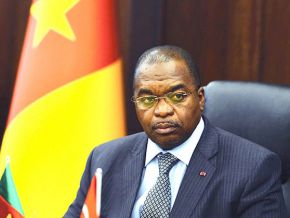 Salary advance to civil servants has indeed been stopped by the ministry of finance!

These salary advances were canceled in May 2018 because the country’s payroll is being cleaned up.

This information according to which Louis Paul Motaze decided to stop salary advances given to civil servants is not a rumor. But how did we come this far?

A source close to the case at the ministry of finance explains that "in the past, the state used to grant salary advances to civil servants like academic loans to enable them pay their children’s school fees for instance. They could, for instance, be granted loans equivalent to three months salary or even amounting to CFA1 million. But some servants once they received that loan, do not refund them".

At the ministry of finance, it is revealed that this decision to stop those salary advances falls within the framework of the operation launched in May 2018 to clean up the country’s payroll. “Salary advances were social measures taken by the government to help its workers. Alas, some servants succeeded in perverting that initiative. The honest ones are now paying the price for their dishonest colleagues”, another source at the ministry said bitterly.