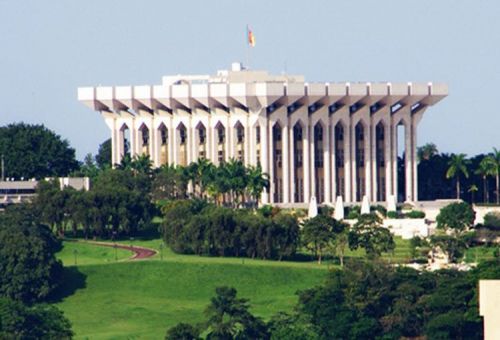 Presidential oath-taking day is not compulsorily a holiday in Cameroon

On November 6, 2018, Paul Biya, Cameroon’s president re-elected during presidential elections last October 7th, will take an oath in front of the national assembly. This is a true fact but does that mean that oath-taking day in Cameroon is always a paid holiday? No, that it is not exact even if at this particular occasion it is.

Indeed, the President exceptionally decreed that “6th November 2018 is a paid holiday in Cameroon”.  The decree being an exception, it means it is not a constitutional consequence.

Actually, before the decree was issued, the government’s representative at Yaoundé urban community, Gilbert Tsimi, released a communiqué on November 2 informing the public about the organization of the oath-taking ceremony. The statement read: "Employers of the public and private sector should kindly grant short breaks to their workers enabling them to attend this important event" at 11 AM.  At no moment, did the official imply it would be a holiday.

For the representative, the people, dance and animation groups will just be celebrating the president’s election along the route spanning between Palais de l’Unité and the national assembly.