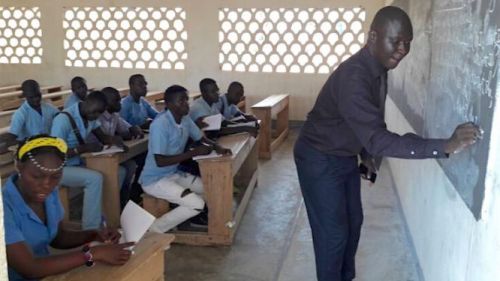 Have 300 teachers been arrested on February 27-28 in Yaoundé?

According to the new association of Cameroon’s angry teachers (Nouveau collectif des enseignants indignés du Cameroun) the claim is false because there are only 56 members in the collective. The figure mentioned is five times superior to the members of the collective.

On February 27-28, a collective of teachers organized a protest in downtown Yaoundé to ask for better working conditions. Policemen intervened and dispersed the protesters. Many media then announced that 300 protesters were arrested.

On March 2, 2018, William Bouayelihiki belied the information. Indeed, in a statement, the spokesperson of Nouveau collectif des enseignants indignés du Cameroun, the movement which organized the protest, declared : « We want to expose the misinformation of the national and international public opinion about the number of teachers arrested during the protests on February 27-28, 2018 which is 56, not 300 as some media and social media claim ».

He also announced that they will close all the Facebook and WhatsApp accounts of the collective to avoid being the subject of the yellow press.

Also, the collective has also been disbanded. “We are waiting for the results of the interministerial ad hoc committee which should review the difficulties faced by the students of teacher training schools as far as their career profile and their indemnification is concerned”, he informed.