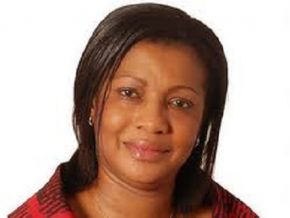 After former Minister of Defence, Edgard Alain Mebe Ngo'o, was held in custody on 5 March 2019, people now say Denise Fampou, attorney and Mayor of Douala 2nd, has also been arrested for a case of alleged financial misconduct.

Others believe that she tried to flee the country by taking a canoe in Youpwé, Douala. Well, that’s not true. We reached her on March 6 and of course she denied the fake information. “I am free to move, I just returned from a private stay in Europe less than four days ago and I’m not subject to any police surveillance,” she stated.

The official urges people in the district to continue to work within the framework of the various participatory development programs which, thanks to their massive membership, bear indelible marks of development. She also invited them to stay focused.

Rumors suggest Denise is allegedly involved in an illegal case concerning the renovation of Maison du Combattant in Bonanjo. Although this aspect can only be clarified by a judicial inquiry, the fact is the mayor of Douala 2nd was not jailed on 5 March 2019.