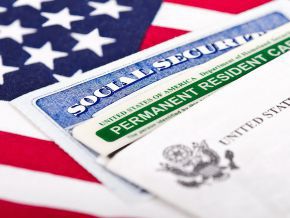 It seems that Trump wants to end the DV lottery program

It is true and the American president let the world know about this through a tweet on November 2. The tweed reads: “I am calling on Congress to TERMINATE the diversity visa lottery program that presents significant vulnerabilities to our national security”. This has been retweeted 18,000 times at the time of writing this.

This decision follows the attack perpetrated on last October 31 by Sayfullo Saipov, a 29 years Uzbek, who came to the United States thanks to the diversity visa lottery.

Donald Trump has never hidden his opposition to United States immigration policies. In August 2017, he backed a legislation proposed by the Senate to cut legal immigration by half and institute a merit-based system which would bestow the government a more important role in the applicants’ selection process. Under this law, migrants would no more benefit from social care.

As part of the United States Immigration act 1990, the Diversity Lottery visa is a program which grants 55,000 visas to migrants. This program aims to diversify the immigrant population in the United States by selecting applicants from countries with low rates of immigration (less than 50,000 migrants) in the United States in the five years prior. The applicants are selected randomly but visa is not automatically granted. Before that, an interview where the applicant is asked about his or her qualifications, skills, work experience and level of education is conducted, at the US embassy in the applicant’s country.