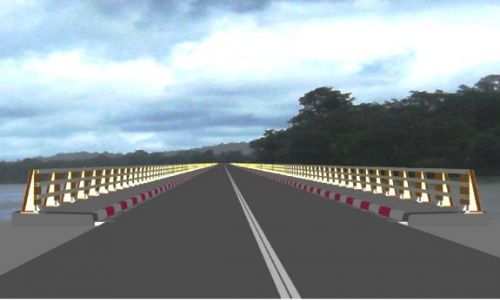 Batchenga-Tibati road is indeed being paved!

Sogea-Satom and Sinohydro have already launched works on some parts of the Batchenga-Ntui-Yoko-Tibati-Ngaoundéré road (346 Km).

This is not a sham as some people seem to believe. Batchenga-Tibati road is indeed being paved.  Partial funds for the construction of Batchenga-Ntui-Yoko-Tibati-Ngaoundéré (346 Km) road estimated to cost XAF230 billion, have jointly been raised by the French Development Agency, the AfDB, and JICA.

The French group Vinci which controls the assets of the construction group Sogea-Satom announced on April 19, 2018, it won the contract of about XAF73.4 billion related to the  Lena (Centre) and Tibati (Adamaoua) sections, and renovation of the 6.7-kilometer road in Tibati.

This part whose work has already started will be commissioned in 2020 according to forecasts by the ministry of public works.

The Chinese company Sinohydro has been building, since 2016, lot 4 of the Batchenga-Ntui-Yoko-Lena part of 44.9 km. It should be commissioned within 24 months for about XAF19.6 billion.