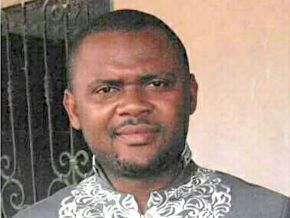 No, the customs inspector who died was not burned by his wife…

It is said that Freddy Patrick Endomba died after his angry wife poured hot oil on him. True?

Frédéric Patrick Endomba (Freddy as he was called) was the chief customs officer in Ngaoundéré, in Adamaoua. He died under strange circumstances which an ongoing police investigation intends to clarify.  However, unlike what is being said, his wife was not involved.

In Ngaoundéré, reliable sources indicate that in the night of December 19 to 20, 2017, Freddy was admitted to the intensive care unit in a hospital after severe burning on his body. His wife Lucienne Mbang M’Angouand informed of the tragedy took a flight from Douala and came to Ngaoundéré on December 21, 2017. The couple spent a difficult Christmas with some visitors but, on December 28, 2017, early morning, despite a simultaneous treatment at home and at the hospital, the burning led to kidney failure.

On December 29, 2017, his corpse was evacuated to Yaoundé by air. “By the way, his wife was at the airport that day. She has not been detained as some people claim. People really say rubbish", our source said, angrily.

Indeed, two months ago, following his posting, Frédéric Endomba left Douala to settle in Ngaoundéré as, after being appointed as chief customs officer in Adamaoua on November 9, 2017.

The cause of his burns has not been elucidated yet. In order not to create uncertainties, we are avoiding suppurations. The dead left behind a wife and five grieving children.