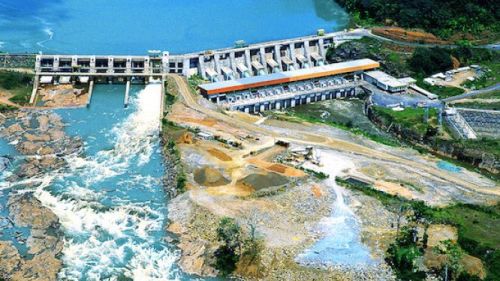 No, the Songloulou dam is not inoperative as some rumors have it

Some people claim that the hydroelectric infrastructure is currently inoperative. Really?

“It has often been said that the Songloulou Dam poses serious risks. What is really the situation?” This is the question that the energy distribution company Eneo Cameroon asked Joël Nana Kontchou last December following some rumors.

To that question, the former CEO of Eneo replied: “The Songloulou dam is the main hydroelectric infrastructure installed in Cameroon with an installed capacity of 384 megawatts. It is stable according to the results of the latest tests carried out on the structure by specialized companies between 2018 and 2019. The dam fully assumes its function with an availability rate of 99% when it is not subject to work, and 91% when maintenance work is being carried out on it.”

According to the former CEO of Eneo, in order to make the structure safer, and even give it a new life for another 30 years, the dam has been under rehabilitation for 3 years following the commitments made by Eneo to the Government. The first phase of this rehabilitation work should be completed in 2020 if all the conditions are met.

In the framework of the amendment n°2 of the Concession Contract signed in August 2015, Eneo committed to securing the Songloulou hydroelectric development at a cost of XAF11 billion. In addition, the company is carrying out additional works for an amount of XAF4.7 billion, in order to make the operation of this facility more reliable.