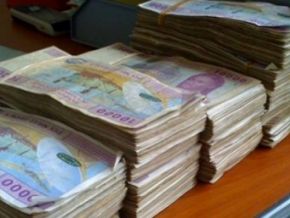 Citizens are not prohibited from keeping more than CFA500,000 in their homes !

Rumors claim that the Cameroonian law has determined the maximum amount to be kept under a roof. True ?

Many people are amazed to hear that a neighbor or a relative has been robbed and up to a million stolen. This is because some people claim that according to the Cameroonian law, it is prohibited to keep more than CFA500,000 under a roof. But NO! there is no such law in the 2016 penal code.

It is not illegal nor a criminal offense to keep an important amount of clean money under one’s roof. Two lawyers even confirmed this.

However, questions are raised when a minister informs that millions have been stolen in his house as usually occurs here in Yaoundé because, according to article 184 of the said penal code, nobody is allowed to keep a government’s property worth more than CFA500,000. In such case, an official will be suspected of embezzlement if the origins of that money cannot be proved.

All that being said, it is better to keep an important amount of money in banks because nobody knows when robbers will attack. Well, those who like to feel their money under their mattresses can be understood but, hey, is it good to keep money without fructifying it?