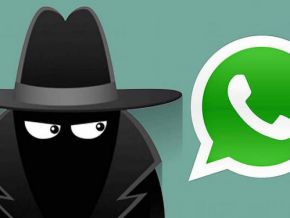 Did the Cameroonian government block WhatsApp on 3 May 2017?

According to some, the Yaoundé authorities decided to limit access to this social media to avoid partial comments on the French presidential election.

On 3 May 2017 at 8 P.M., many Cameroonian viewers  watched the broadcast debate between Marine Le Pen and Emmanuelle Macron, candidates in the French presidential election. While the two aspirants are engaged in their debate, comments abound on WhatsApp forums.

Around 8:30 P.M., it had become almost impossible to access the social network. Some Cameroonians start posting on their Facebook page that the Cameroonian government is blocking WhatsApp to prevent loaded comments. “It is happening in France and you shut down WhatsApp in Cameroon?”, posted a user.

In truth, it was not only in Cameroon that this social network had problems for a few hours. But in several countries and regions worldwide. As proof, we also saw Cameroonians in the diaspora (particularly in France) posting on Facebook messages along these lines: “is there anyone also having problem with WhatsApp like me?”, “My WhatsApp is not working, anyone else?”, “My WhatsApp is slow”, etc.

The problem apparently touched most of Europe, but also Brazil and the USA, according to the website Down Detector which flags failures affecting websites and apps. We can note that in 2014, after Facebook bought WhatsApp, the social network experience a three-day breakdown.