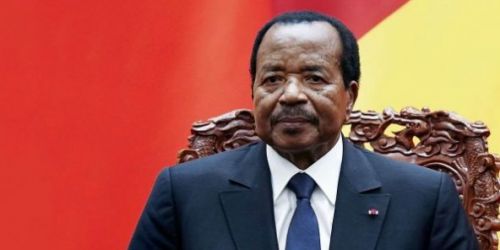 No, President Paul Biya did not comment on his Ivorian counterpart Alassane Ouattara’s recent announcement

This tweet is not from President Paul Biya. Do not believe everything you see on the Internet.

A screenshot of a tweet attributed to the Cameroonian president, shared since last week on social networks, suggests that Paul Biya reacted on his Twitter account after his Ivorian counterpart, Alassane Ouattara, announced he will not run for a third term.

“I welcome the historic decision of President @AOuattara_PRCI, a man of his word and statesman, not to run for the next presidential election. Côte d'Ivoire is setting an example, but an example is not necessarily an example to be followed,” the Cameroonian president  allegedly wrote. Well, the truth is this tweet is not from Paul Biya, because the account on which this message was published is not his.

Indeed, the official account of the President of the Republic of Cameroon is identified as @PR_Paul_BIYA. It is a certified account, recognizable by Twitter's blue badge, which assures users of the authenticity of a public interest account. However, the tweet presented here as that of the president comes from an account identified with the name @Inzho10__, an Ivorian national, according to the flag of Côte d'Ivoire placed after his username.

The latter simply shared the tweet of another Internet user under the username @Allarou_hassane. The tweet was published on 7 March, two days after the Ivorian president's decision was announced. However, President Paul Biya did not tweet that day.