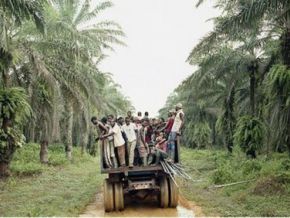 According to a persistent rumour, nearly 40 nationals from the North-West and South-West were arrested by security forces.

In a context that we know to be tense in Cameroon because of violent demonstrations that we have noted for some months in the North-West and South-West, Anglophone regions of the country, a crazy rumour exacerbated tensions on social network, during the day of 3 March 2017. “Yesterday [2 March] a dispute occurred between two agents of African Security and Anglophone workers. Thereafter an Anglophone died. An occurrence that caused the members of this community who number more than 200 employees in the plantations of SOCAPALM to revolt”, we read on social networks.

And the message pressed: “According to our sources, they [Anglophones] rose up this Wednesday and have decided to take on the agents of African Security [security company] and their accomplices. New clashes started. Very quickly, the army, gendarmes and police intervened and proceeded to arrest more than 40 Anglophones and grievously beat up others”.

On 7 March, the Société Camerounaise des Palmeraies (SOCAPALM) issued a communiqué denying the rumour conveyed on 3 March. “During the evening of 2 March, in a private bar of village 2, a conflict occurred between employees, subcontractors, completely outside of the workplace. Two casualties sent to the hospital of Edéa succumbed to their injuries. The Prefect gathered the population to calm down the situation and called on all of them for more calm and vigilance”.

In reading the communiqué of SOCAPALM, nowhere is it mentioned that it was a conflict between Anglophones and policemen. But rather a brawl between two employees outside of the workplace. Also, it was never a question of agents of a security company or revenge of the Anglophone population. Finally, it is rather the Prefect who calmed tensions and not police officers.