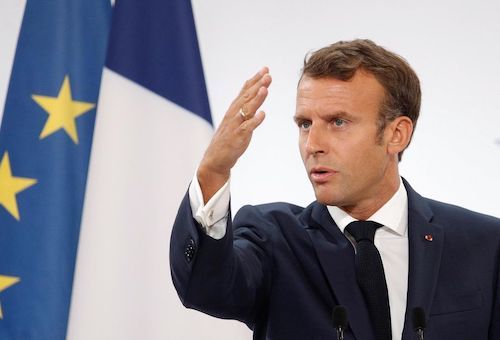 Some people claim that the French president issued the threat on October 08, 2019, before the European parliament. Really?

According to some people, on October 8, 2019, before the European parliament, Emmanuel Macron indicated that France is not the courthouse of any country. Therefore, he will send “criminals” from those countries back to their respective borders, by end 2019, so that countries like Cameroon, Gabon, and Equatorial Guinea can take care of their internal problems themselves. “When a child reaches maturity, it does not need its parents to defend itself,” the French president allegedly said.

“France will not waste its friendship for unidentified people living on its territory. Finally, I’m asking the European Parliament and the European Union not to linger on accusations coming from all over the place without in-depth study,” the president said, according to rumors.

These statements are pure lies. On October 8, 2019, Emmanuel Macron was presiding the sixth Global Fund’s replenishment conference, in Lyon, France. He couldn’t have met European parliament as rumors claimed.

In addition, sources at the French embassy in Cameroon denied the claims.