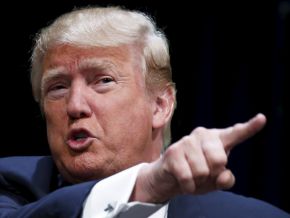 US President, Donald Trump, has apparently signed an anti-immigration against Cameroon

According to social networks, Cameroon is one of the countries affected by Trump’s “Muslim Ban”.

Social media in Cameroon have provided a singular interpretation for the “Muslim Ban”, the anti-immigration law signed on 27 January 2017 by Donald Trump, the US President. “Cameroon is part of the list of countries banned by the President of the USA”, one can read for example on several forums.

If in fact, Donald Trump signed a text meant to prevent “foreign terrorists from entering the USA” and banning nationals from seven mainly Muslim countries from entering the country for ninety days, it is not true that Cameroon is in this list of seven countries. These are rather Iraq, Iran, Yemen, Libya, Syria, Sudan and Somalia. The text of the US Head of State also suspends the arrival of refugees for four months and bans Syrian refugees until notice.