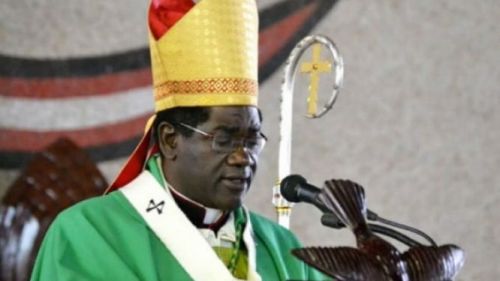 Public health: Archbishop Jean Mbarga goes on a crusade against littering in Yaoundé

The archbishop launched an environmental campaign in the town

On March 6, 2020, the Archbishop of Yaoundé, Arch Jean Mbarga, launched an environmental campaign at the spiritual center Jean XXIII de Mvolyé. Baptized TOPO+, this initiative is aimed at creating "Christian consciousness about salubrity." According to a release published by the prelate, it is a sort of concerted initiative to fight against insalubrity which is "rising despite public authorities’ efforts," and create a culture of cleanliness.

This campaign is being carried out in the primary and secondary catholic schools of Yaoundé, the 75 parishes in the town, and 75 neighboring villages. It is inspired by the archbishop’s 2020 lenten letter and Pope Francis’ encyclical letter “Laudato Si’” focused on ecology, the release informs. Via this initiative, Arch Mbarga plans to invite followers to contribute to public health by disposing of garbage in bins.

“Ecological conversion aims to create a momentum for sustainable change driven by an entire community. We have realized that our living environment is becoming almost like a huge garbage dump. This is what is happening in the neighborhoods I visit: we are living in filth. The city, despite public cleaning, is still dirty,” he explains during an interview with Vaticannews.va.

“That is why contributing to this ecological conversion is essential. There is a desire to create a new awareness so that public hygiene, hygiene in homes and neighborhoods begin with the simple act of disposing of all the rubbish lying around or in our hands in the waste bins. This gesture (…) shows our will to help our neighbors live in cleanliness and make our environment healthier,” he adds.

This gesture is particularly important during this fasting period when followers are invited to make a spiritual conversion.

Therefore, the Archbishop invites Christians, residents, and anyone interested to join him so that “by this fasting period, we can raise awareness and stop insalubrity in our town.”