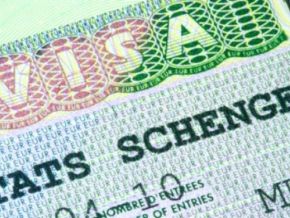 Is Cameroon on the red list for Schengen visa application?

It is said that Cameroonians regularly submit fake documents with their visa applications to enter Europe.

This does not reflect well on Cameroon. But these are the facts. Cameroon is on the Schengen red list of countries. Confirmation came on 30 March 2017 from the French ambassador in Cameroon, Gilles Thibault, as he was answering questions from bloggers in Douala, during a press conference.

To the question of why entry requirements to France seem stricter for Cameroonians, in particular, Gilles Thibault was straightforward in revealing that out of an average of 500 visa applications from Cameroon to enter France, half were submitted with fake documents including birth certificates, degrees and bank statements. “The French embassy even carried out capacity building workshops for its personnel to detect these fake documents”, said the diplomat.

Before warning: “When you make a visa application for France, all 26 countries in the Schengen space are informed if a country refuses then your demand is denied”.

Before the French ambassador, it was Théo Francken, Belgian Secretary of State for Asylum, who revealed, on 1st February during a visit in Yaoundé, that 70% of the documents submitted with student visa and asylum visa applications from Cameroon were fake. “The Belgian policy in terms of immigration is very clear. We are strict regarding those who abuse our hospitality. This is the red line to not cross for the Belgian government”, repeated Mr Francken.