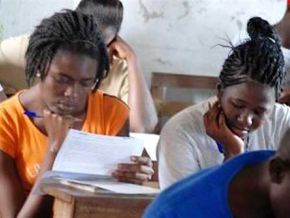 It is true : this year, the jury deliberating for the baccalaureate allowed candidates with 8/20 grade to pass

During the deliberation of official exams in Cameroon, grade points are sometimes added to candidates with grades below the required one. True?

An internaut sent a question to Stopblablacam asking whether the jury passed baccalaureate candidates with  8.80/20 grade point this year. Well, the short answer is yes. Candidates with grades below the required 10/20 passed.

Stopblablacam checked the info with many teachers who took part in the deliberations this year. One of them declared that once the grades were calculated, the jury noticed that only a few candidates’ grades was over or equal to the required 10/20.  They then took into account those who had at least 8/20. The president of the jury then decided to add grade points to those with less than the minimum pass rate.

Another teacher of Bafoussam school confessed under anonymity that in the past years, students with 7/20 were allowed to pass.

Officially, the baccalaureate office never admitted that candidates with grade points below the required one are allowed to pass. However, the teachers who are part of the jury admit it. Unfortunately, their status as civil servants and the confidentiality duties they are called to, do not allow them to testify publicly. This is a fact, however.