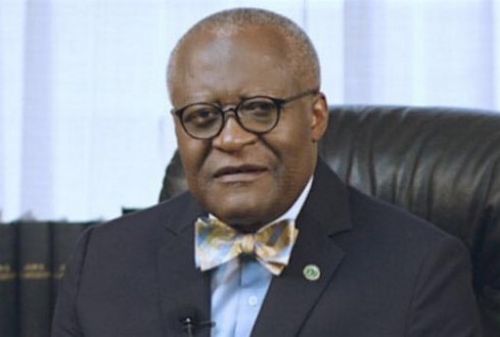 It is said that Akere Muna has congratulated Maurice Kamto for his victory. Truly?

Since October 9, 2018, social media users have been sharing an audio in which a voice that is said to belong to Akere Muna, a candidate of the presidential elections of October 7 in Cameroon, is declaring the victory of Maurice Kamto, another member of the opposition.

What is striking though is that the sound of the voice seems to be just an imitation of M.Muna who is an official whose voice is well known by the public.

Doubts about the audio being an imitation were dispelled by a statement from the spokesman of Akere Muna on October 9.  : " the bâtonnier Akere Muna wishes to remind the national and international public that since October 8, 2017 when he announced his candidature, every one of his public addresses has been recorded on video and audio, shared on Facebook and Twitter pages and relayed by his whole team", Paul Mahel, the spokesperson, wrote.

“Therefore, he does not recognize himself in those anonymously recorded statements attributed to him. These statements do not adhere to the bâtonnier’s line of thought and to his nature”, the statement continued.

Akere Muna, himself, invites his compatriots to exercise good judgment and caution during this post-election period.