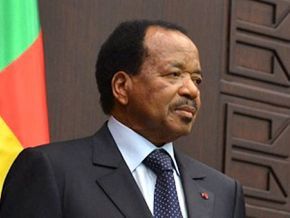 No, access to funding for projects under the 3-year Youth Special Plan is not charged

"access to funding for projects under the three-year special youth plan, which is a gift offered to youth by the head of state (...) is still free of charge," said Mounouna Foutsou.

Cameroon’s minister of youth and civic education (Minjec), Mounouna Foutsou, revealed in a statement dated 7 June 2019 that people of “dubious morality” are scamming young people as part of the funding opportunities of the three-year Special Youth Plan (PTS-Jeunes).

The plan, prescribed on 10 February 2016 by the Head of State Paul Biya, has a budget of XAF102 billion and aims to support 1.5 million young people across the country at a rate of 500,000 young people per year. All that is required is to be enrolled with the National Youth Observatory.

The good information, says Mounouna Foutsou, is that “access to funding for projects under the three-year special youth plan, which is a gift offered to youth by the head of state (...) is still free of charge.”

The member of the government also invites any young person or parent, victim or witness of such practices to report them to him at Cette adresse e-mail est protégée contre les robots spammeurs. Vous devez activer le JavaScript pour la visualiser. or via WhatsApp at 663-28-02-02.

In addition, the Ministry invites all staff of its ministerial department to be more wary and professional. He warns potential perpetrators or accomplices of such acts that they may be subject to disciplinary sanctions without prejudice to legal proceedings.