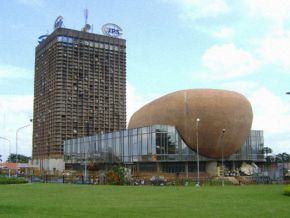 CNPS’ pensioners supposedly blocked the Ngoa-Ekelle Street in Yaoundé, because their pension has not been paid?

According to some media, the pensioners have held a sit-in at the perception office last August 8th.

The answer to this question is “no”. This was revealed by Simon Meyanga, chief of communication at CNPS, who said: “some media, while relaying news about protest by frustated retirees at the perception office of Ngoa-Ekelle who have not received their pension, might have thought, due to ignorance, that those were CNPS’ former workers”.

According to the official, these fake news reveal how ignorant people are regarding the various social security regimes in place in Cameroon.

“Cameroon’s National Social Insurance fully denies all fake information circulating regarding its pensioners. Moreover, besides the fact that the institution has paid all of them, it usually does not pay pensioners via the Treasury offices, and the money is not paid in cash," highlighted M. Meyanga. "Therefore, even if the news about non-payment of pensioners was actually true, it does not concern the CNPS' retirees, but those of the ministry of finance rather,” he added.