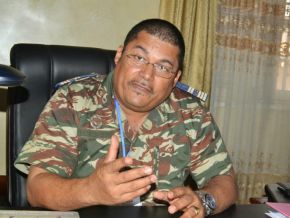 On social media, an information about the alleged killing of 8 soldiers in the southwestern region of Cameroon is being shared. Is it accurate?

"I strongly deny the information being actually shared on social media claiming that 8 soldiers were killed in an ambush close to Akwaya" col. Didier Badjeck, communication head at the Cameroonian defense ministry said.

He was reacting on December 5, 2017, to rumors which claim that a dozen Cameroonian soldiers were killed the day before in the southwestern region.

According to Badjeck, "this information is part of the hoax which reveals the restlessness of secessionists since the announcement of the head of the armed forces last week". The rumors about the killing of those soldiers started spreading after six members of the defense forces were killed on November 28-29, 2017, in the Southwest still.

President Paul Biya, in the evening of November 30, 2017, upon returning from a trip to Abidjan (Côte d'Ivoire) where was held the fifth Africa-EU summit, promised to "stop the criminals”.

"Necessary measures are being taken to stop those criminals and ensure that peace and security are preserved throughout the national territory" the president emphasized.