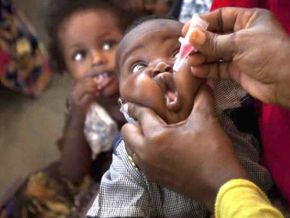 Yes, there is a shortage of tuberculosis vaccines in Cameroon!

In hospitals, mothers complain about the lack of tuberculosis vaccines.

For three months now, BCG vaccines used to prevent tuberculosis is unavailable in Cameroon. André Mama Fouda, Cameroon’s minister of public health confirmed this in a communiqué published on December 6, 2017. He explained that this scarcity started since “the beginning of December”; this means that it started six days before the statement’s release… However, for some months now, Cameroonian mothers have been attending health trainings to protect their newborn babies from the torments of tuberculosis.

André Mama Fouda explained that the shortage is due to the “excessive orders in the international supply circuit”. In other words, the supplier has so many orders that the delivery to Cameroon is very complicated…

This shortage follows the one already experienced in 2011 and adds up to an already long list of vaccines scarcity.

Indeed, in August 2017, the shortage of ROR vaccines, a vaccine against measles, rubella, and mumps was signaled. These are ailments which decimate toddlers.

On average, 35,000 new cases of tuberculosis are reported every year in Cameroon.

This shortage allows the proliferation of fake vaccines as it was the case in July 2017 with the shortage of meningitis vaccines and in March 2016 with yellow fever vaccines.