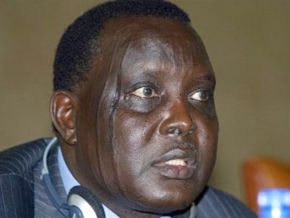 Did Kalkaba Malboum apply for the position of president of the Association of National Olympic Committees of Africa?

According to some people, the President of the National Olympic Committee of Cameroon was even turned down.

Indeed, some media report that the Cameroonian was turned down from the presidency of ANOCA due to accusations of corruption. For others, this is not possible since the Cameroonian did never applied for this position.

Actually, Kalkaba Malboum did apply for the presidency of ANOCA. But, in this letter dated 7 May 2017, the ethics committee of ANOCA requested for the Cameroonian to be disqualified. The Pan African association indicates that on 3 February 2017, Magloire Séraphin Fouda, General Secretary of the Office of the Prime Minister asked the Minister of Finance, Alamine Ousmane Mey, to release FCfa 186.22 million for Mr. Kalkaba’s bid. A sum which was apparently used to “bribe” members of the African delegations, according to ANOCA.

Based on the 7 May 2017 letter, South Africa was meant to receive FCfa 32.2 million from the candidate Kalkaba. Western Africa, 67.43 million. Northern Africa, 12.56 million. Central Africa, 20.32 million. And the Commonwealth federations, FCfa 25.5 million.

For the Association, the involvement of the Cameroonian government in this campaign is an interference which can “lead to conflicts between the Olympic committees of contacted countries and their Ministries of Sport”. It is based on this that Mr. Kalkaba Malboum was disqualified for the election which took place on Wednesday 9 May in Djibouti.

The Cameroonian is also suspended from any activity within the Olympic movement in Africa while the investigation is ongoing.