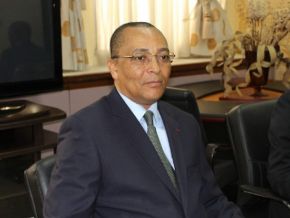 Once again, Douala port is not recruiting !

Social media posts inform that the director of Douala port is recruiting and young Cameroonians should send their application to an email not related by far to the port.

Not so long ago, Douala autonomous port published a statement informing that it was not recruiting as the scammers had been claiming. However, those scammers have started once again.

And once again Cyrus Ngo’o, director of the port, published a statement (on June 8, 2018) to inform that the new rumor is unfounded since the port is not recruiting.

Indeed, according to social media posts, Cyrus Ngo’o is recruiting various profiles for Douala port and the applicants are asked to send their application to an email address which is not related to the port.

He asked the population to stay alert and contact 233 42 01 33 or go directly to the human resources department at the third floor of Douala port’s headquarters in Bonanjo.

Let’s remind that early this year, fake job posts were shared claiming that Douala port was recruiting but, there was neither job description nor, the required profiles. There was not even the number of vacancies available.