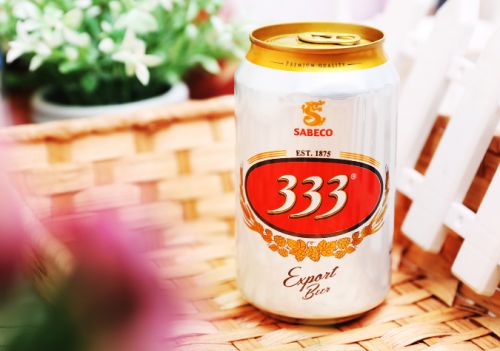 Some people share this image followed by the message "Chinese copy everything; even the 33 Export beer has been copied."Are they right ?

Truly, the 333 Export brand is similar to 33 Export distributed by SABC but is not an imitation as rumors claim.

Since 1975, 333 export (Ba ba ba beer) has been brewed by Saigon Alcohol Beer and Beverages Corporation (SABECO). It was inspired by the 33 Export brand.

According to the accounts, it was originally produced under the brand 33 Export by a brewery in Hô-Chi-Minh-Ville during the French occupation.

Even though the name has changed, the only difference nowadays is that 333 Export contains malt.

Well known in the country, it is currently being distributed in the United States of America, Canada, Hong Kong, Singapore and Australia.