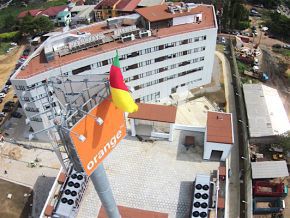 It is rumored that some fake Orange agents are scamming populations

For some time now, declared mobile operator Orange Cameroon on Sept. 11, 2017, some “ill-intended individuals” pretending to be part of our staff in charge of our campaign to inform populations about phone directory backup, have been stealing the people’s money from their Orange Money accounts.

How do they proceed? Orange explains that the scammers approach the user dressed as one of its employees and then request from the user his or her mobile phone and ID card  and transfers money from the latter’s Orange Money account, before erasing all traces of the fraudulent operating before handing the phone back to its owner. The victim notices the scam only when consulting his or her balance after the so called Orange agent left.

“Due to this issue which is taking significant proportions and which tarnish the commercial and institutional image, Orange Cameroon urges all its users to be extremely cautious”. The operator added that the best way to be avoid falling to the sham is to be well informed about it.

For its part, the firm's Control and Quality Directorate adds that one should not trust a person merely because he is dressed as an Orange employee but rather ask for his badge with picture. Orange also advised is users not to use their birthday date as code for their Mobile Money account.