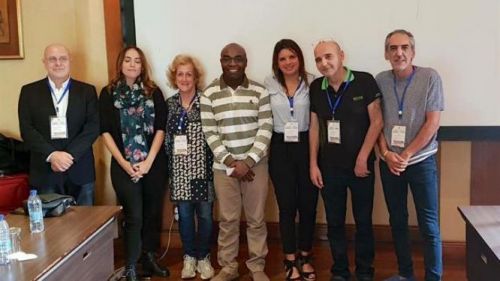 Although it was not accredited to the October 7 election, Transparency still received the reports from independent scrutineers.

There is some confusion about some foreign observers of the presidential election in Cameroon which was held October 7. The observers supposed to be sent by the NGO Transparency International (TI) have provoked denials from the NGO, both at the international body and the local branch level.

Yet, investigations helped understand where the supposed link between the observers and the NGO came from. Indeed a video published October 10 featured Mr. Charles Nguini with two ladies (one said she is American while the other is Tunisian). And both revealed they observed the presidential election as “independent observers”.  It was even written on their badge, they said. As well, the two ladies said they were trained by Transparency International and used a web platform of the NGO dedicated to denunciations and other cases of fraud during the election. The Tunisian observer noted that her observation reports on the web platform were “indirectly” sent to TI.

Charles Nguini himself confirmed on the video that these foreigners used the platforms set up by Transparency-Cameroon. In short, they are independent observers who have nevertheless collaborated “indirectly” with TI.