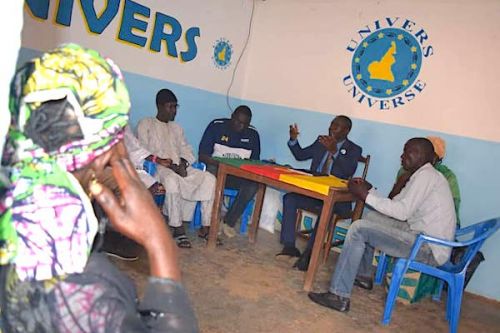 Yes, a Univers party’s supporter was killed during a family quarrel in Mbankomo

Some people claim the man was killed during a campaign rally in the framework of the double legislative and municipal elections of February 9. Really ?

Was someone really killed during the campaign for the double legislative and municipal elections held last February 9? This is at least what is being reported by media and social media users.

According to the reports, one of the Univers party’s supporters was “killed” on February 4, in Mbankomo, a commune 25 km from Yaoundé.

It turns out those reports are true. François Xavier Etoa, chairman of the communal campaign committee for the ruling party Cameroon People’s Democratic Movement (RDPC) in Mbankomo, confirmed the death of “a running opposition party’s militant” in that commune.

He, however, denies his party’s involvement in the death while rumors claim the deceased was killed by an RDPC supporter. “The perpetrator of the violence that led to [this] death is not a militant of the RDPC. The fatal injuries resulted from a private family altercation between a nephew and his uncle,” Mr. Etoa said in a statement released on February 5.

The Univers party confirmed that the deceased was truly “a militant and supporter” of the party. “He was one of our sympathetic militants. He was preparing a field visit for our candidates in the framework of the electoral campaign before being killed with a machete during an altercation,” said Prosper Nkou Mvondo, President of the Univers party, live from Ngaoundéré when he was interviewed by phone.

According to the leader of this political party, the alleged assailant is a relative of the victim, but also a “president or former president of the base committee” of the ruling party. “As it happens in all villages where opposition parties are settling, families are divided politically. Currently, we don't know the cause of the altercation that led to this man's death. Police investigations will be able to tell exactly what happened,” says Nkou Mvondo.