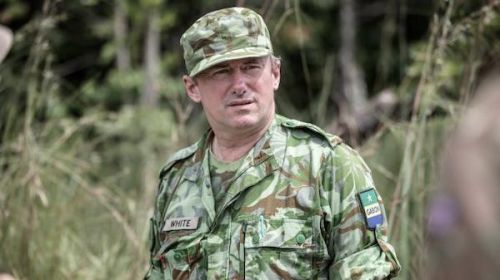 Yes, the man in this picture is a Gabonese minister

WhatsApp posts claim that the white man in this picture is the new minister of forestry in Gabon. Is it true?

For some days now, social media users have been sharing the picture of a white man presented as the new minister of forestry and water management in Gabon.

Many users think that it is a hoax. They don’t understand how a white man can possibly become a minister in Gabon. Yet, this is true. The man in the picture being shared is truly the new minister of forestry and water management in Gabon.

His name is Lee White, a British-born who acquired the Gabonese nationality in 2008. He was appointed on Monday 10, 2019, by Ali Bongo Ondimba. Since 2009, he has been leading Agence nationale des parcs nationaux (ANPN), in charge of the management of the country’s parks.

Born in Manchester, he holds a PhD in zoology. The 53 year old man is presented as a strong environmental advocate. Local media even nicknamed him “le monsieur vert des présidents Bongo” (the mister green of presidents Bongo senior and junior).

His official biography indicates that he was decorated in 2010 by the British queen for nature protection services rendered in Central Africa. Lee White has been appointed in the wake of the scandal created by the illegal trafficking of Kevazingo (a rare type of wood found in Gabon). This scandal led to the dismissal of former minister of forestry and water management Guy Bertrand Mapangou.

“My appointment surprised many people here,” he told the AFP.  And indeed, this nomination is a first in Africa and drew mixed reactions.