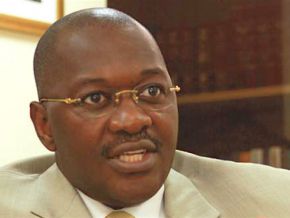 Ernest Dikoum, the airline CEO of Cameroon, reportedly wrote a letter to his employees to announce a salary cut.

This is not a rumor. There will be a salary cut at Camair-co, the national airline. The information is contained in a letter from the Director General of the carrier dated June 6, 2017.

In his letter, Ernest Dikoum said: "We are forced to make adjustments to all the positions that weigh illegally and abnormally on the company’s finances ". According to the CEO of Camair-Co, "recent and consistent reports from control bodies (internal and external) reveal significant shortcomings in the management and operation of the company and call for immediate action".

The DG then urged his employees to change their thinking in order for the company to thrive.

"This measure will have an immediate impact on those employees whose remuneration is not consistent with the company's organizational standards, those who receive non-due income, and those who for various reasons enjoy abnormal benefits in society. Individual letters will be sent to the concerned parties for this purpose", Dikoum wrote.