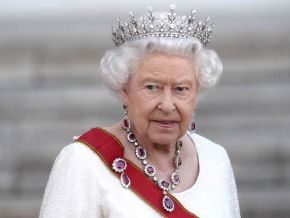 Is it true that Queen Elizabeth II has denied an audience to Cameroon’s Anglophone leaders?

Supposedly, some leaders of the Ambazonia's separatist party wished to meet with the Queen of England.

Leaders of the separatist party “Southern Cameroons Ambazonia Consortium United Front” (requesting political independence for Cameroon’s English-speaking region) have indeed demanded to be received by the Queen of England, Elisabeth II.  The audience was however rejected on September 8, 2017, states a letter signed by the private secretary to the Queen, Edward Young. Quick reminder: All of Cameroon’s English-speaking regions were formerly under British mandate from 1922 to 1961.

In the letter which was massively relayed on social networks, M. Young informs recipients that the Queen will not be able to receive them. However, he insured them that he has instructed other officials, to provide information regarding the actual situation in Cameroon’s English-speaking zone.

"This letter is authentic", says a militant of the secessionist movement adding that leaders of the Southern Cameroons party were received at House of Commons. This is the low chamber of United Kingdom’s parliament. The “Southern Cameroons Ambazonia Consortium United Front” declared the creation of the Ambazonia Republic with Buea (actual main capital of Cameroon’s South Western region) as capital.