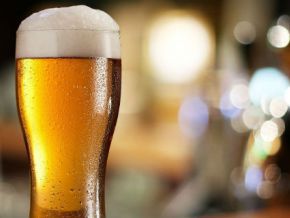 “Beer” apparently means a “bribe” in a Cameroonian context

This expression according to insiders, would represent a discreet term to avoid plainly talking about an act of corruption.

“Every job deserves its beer” is a common saying in Cameroon. A brewery even appropriated this refrain in one of its adverts to push the consumption of a brand. But, in the Cameroonian context, the word “beer”, contrary to what a foreigner might think, must not be taken in the literal sense. In other words: every job deserves its bottle of beer.

Actually, this is a code to talk about a “bribe”. Instead of having a civil service, for example, directly addressing a customer to signify that he wants some payoff to do a job for which they are legally paid, they would modestly ask for their “beer”. Other synonyms are “kolas”, “roadmap”, “tchoko”, “motivation”, etc. Systematic corruption thus developed in the public and para-public administration. Corruption acts have become “common”. Which led the NGO Transparency International to rank Cameroon, in the early noughties, twice the most corrupted country in the world.

To reverse the generalised corruption trend, the Cameroonian government created in 2006 the National Anti-Corruption Commission (CONAC). A slight change was felt in the Transparency rankings even though Cameroon is not out of the woods. Proof of this, the country dropped from 130th in 2015 to 145th in the 2016 Corruption Perception Index. 15 spots lost. Based on the 2015 report from CONAC, FCfa 171,843,983 represents the financial loss suffered by the State of Cameroon due to corruption and assimilated offences.