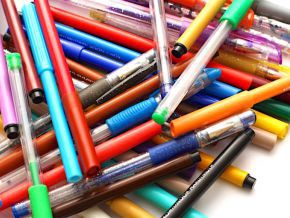 This is, supposedly, what the government’s price list recommends.

It is not true what is often said that the State buys a FCfa 100 pen at FCfa 1,000. Which would represent ten times the market price. But the fact is that this roller pen, as part of a public contract, is sold at FCfa 250. Indeed, as part of the effort to clean the public finance and manage its spending, the State has set up a list with reference prices and tariffs for the goods and services meant for the public and para-public administrations. The point being to avoid over-invoicing. And due to the different taxes the supplier must pay, the cost of an item often increases.

Néanmoins, le gouvernement camerounais semble vouloir revoir ses prix à la baisse. The Cameroonian government however seems to have lowered its buying prices. It is with this in mind that during the last cabinet meeting held on 26 January 2017 in Yaoundé, the Prime Minister, Philemon Yang, ordered the Minister of Finance to ensure that the price list is updated.