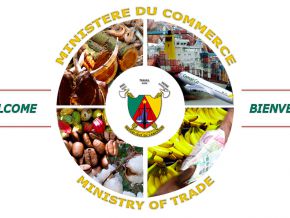 Was the website of the Ministry of Commerce hacked on 7 April 2017?

According to some, hackers posted messages mentioning the Anglophone problem in Cameroon.

It is not because the website of the Ministry of Commerce (http://www.mincommerce.gov.cm) is accessible on 11 April 2017 that it was not hacked. Indeed, contrary to some senior officials in this ministry denying the facts when contacted to provide clarifications on this cyberattack, hackers indeed took over the website in question on 7 April 2017 for several minutes.

Proof of this are the numerous screen grabs made by users. The alert was given that day by an internet user on Facebook around 12:58 pm. “Who works at Mincommerce [acronym for the Ministry of Commerce] here??? Go check out your website it is catastrophic. Quickly block it. Urgent! Urgent”, she wrote in a panic.

By visiting the website on the day of the attack, one could find the following message in English: “You don't have permission to access /mincommerce.php on this server. Additionnaly, a 403 Forbidden error was encountered while trying to use an Error Document to handle the request”. An IT specialist explains that the problems linked to this Erro HTTP 403 could be a sudden crash of the navigator, a redirection or an eventual virus. In other words, according to the expert, the website was attacked.

Even more, when this message in French disappeared, web users would find the image of a man wearing a black hat declaring: “ Uh, Oh, we have a problem dear Cameroun government”. An hour later, the Mincommerce website was back on. But it was indeed attacked on 7 April 2017.