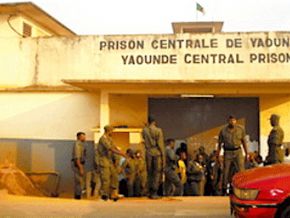 Kondengui prison got its name from its first manager Yogo Tonga?

It is said that it was upon his arrival at the head of this Yaoundé prison that the director decided to give it a “special name”. True?

A message making reference to the origin of the name of this main Yaoundé prison has been shared several times on social networks. The author of this post pays homage to Mr Yogo Tonga, who according to him, is behind the name of the infamous jail in the Cameroonian capital. It is not as such in truth. “The Kondengui name was given by natives in the neighbourhood of the same name, even before Mr Yogo Tonga became Director of the central prison”, repeats Assiga Manga Adalbert, 3rd traditional Chief of Kondengui.

He even mocks allegations mentioning that “Kondengui” comes from words in the Bassa language. “Kondè” (which means add) and “Ngui” (which means up). Words which Mr Yongo Tonga said during the construction of the prison to ask for the gate to be built higher up. “This is all rubbish!”, shouts the traditional chief. His Majesty Assiga Manga reveals that Kondengui is an Éwondo word- from the Beti ethnic group- which means “land of the gorillas”. We learn that there used to be many in this area; so the name came up immediately.

Literally, Kondengui thus comes from Konde (land) and Ngui (gorillas). To prove, if necessary, that the Kondengui name came before the construction of the prison, Assiga Manga Adalbert brings out from his archives, a yellowed edition of the Official Bulletin. One can read the 26 August 1964 decree granting public utility status to the future Kondengui prison, which at the time, was yet to be built. Actually, on the front façade of this structure is written “Yaoundé Central Prison”, as the official name.