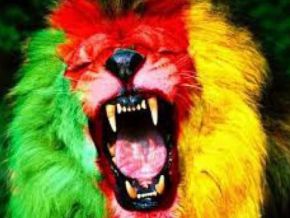 Have the Indomitable Lions gone on strike since 11 June 2017 in Yaoundé?

The Cameroonian football team apparently made a lot of noise when demanding their bonuses at the Nsimalen airport.

What really happened on 11 June 2017 at the Nsimalen airport, in Yaoundé? Did the Indomitable Lions of Cameroon go on strike? These two questions came up after several publications on social networks announcing on that day, a news according to which the players of the national football team of Cameroon refused to board the flight in Nsimalen, from where they would depart from Cameroon to take part in the FIFA Confederations Cup.

The competition is taking place in Russia from 17 to 2 July but there will be a stopover in Spain. “According to internal sources, the Lions are demanding their bonuses”, one could read on some media online.

Vincent de Paul Atangana, Team Press Officer for the national football team strongly denied this. “No bonus problem within the Indomitable Lions this Sunday. The tea just arrived at the Yaoundé-Nsimalen international airport. The special flight to Madrid will depart any moment now. The Indomitable Lions left Mont Febe Hotel shortly before 11am. They are waiting for the checking procedures to be completed before boarding the flight”, he specified.

On 12 June, he justifies it with the fact that the national selection of Cameroon arrived in Madrid (Spain) on Sunday evening. Having left Yaoundé at 1pm, the Lions landed in the Spanish capital shortly before 10pm (local time) after a layover in Majorca. The African champions moved into the NH Hotels about forty minutes away from the airport.

On Sunday morning, the team took a walk in the streets of Madrid. For about thirty minutes, the players were able to become acclimatised with the very hot weather of the Spanish capital.

At 8:30pm on 12 June, a training session was scheduled. This provided an opportunity for the players to get familiar with the pitch where the friendly match with Colombia on Tuesday 13 June at the same time.

The following day, the Indomitable Lions left for Moscow. It is in the Russian capital that the African champions will play on 18 June their first Confederations Cup match.