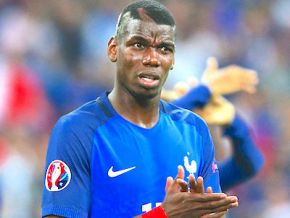 No, Paul Pogba is not of Cameroonian origin!

Some people associate the midfielder's name with the Bassa’a. Are they right?

Since Cameroon is not participating in the 2018 World Cup, Cameroonians have decided to support French players of Cameroonian origin and, some of those supporters pointed three players in that team : Umtiti, Mbappè, and Paul Pogba. Well, if the first two are really of Cameroonian origin, Paul Pogba is not. He is rather of Guinean, Conakry origin. His father Fassou Antoine Pogba Hébélamou, died in England in 2017.

Truly, the name Pogba sounds more Cameroonian in Babimbi, in the Bassa’a region. In Bassa’a, "Pogba" is used to indicate an engaging, cheerful and sociable person. However, in Guinea Conakry, it indicates a family member’s respected relatives (this was revealed by L’Equipe after a journey in Guinea Conakry).

Let’s remind that Paul Pogba was born and raised in France and has the French nationality. He knows nothing about his country of origin apart from what his parents told him and the memories he has from his rare travels to the country. However, the 25 year old man bought a luxurious mansion for his mother Yeo Moriba in Conakry.
Monique Ngo Mayag