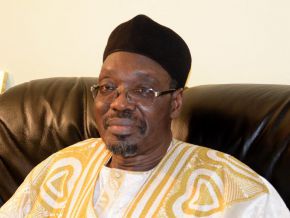 Apparently, the minister of Communication is ill and receiving treatment in Europe?

Some say the official is at death's door.

“The minister of Communication, Issa Tchiroma Bakary, is very ill. He left Cameroon weeks ago and is in Europe when he is getting treated. This explains the absence of communication regarding events taking place in the country”, according to statements published online last July 12th.

The authors of these claims go further even, adding: “It is Felix Zogo, who has assumed his office in the meantime. However, a general secretary is yet to be appointed since Emmanuel Ndjere left for the Special Criminal Court (TCS)”.

Djibrilla Adamou, private secretary of the minister of Communication, denied all the claims, saying: “It is false. The minister of communication has been in Europe for some days indeed, but he is not sick. He was on a mission and is even of his way back today, July 12th, 2017, on a flight from Paris, France”.

Later in the evening of Wednesday, the private secretary confirmed that his boss landed safely at the Yaoundé international airport, -Nsimalen, around 7:30 PM, taking a Paris-Douala-Yaoundé flight. The official has spent 10 days in France’s capital according to the private secretary.

After arriving, minister Tchiroma himself, confirmed on phone that he is very well and promised to be in his office “in the first hours” of July 13th. The minister also said he would meet the press soon.