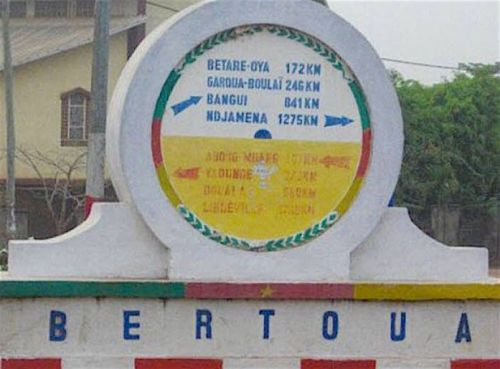 Yes, Wouamane Mbele is replacing Dieudonné Samba as the government’s delegate to Bertoua!

Since yesterday, media sources and rumors have been claiming that between October 02, 2015 and August 13, 2018, the former delegate to Bertoua Urban Community nominated by the presidency combined positions, or abandoned his role as the government’s delegate to this position. Are they right?

Since yesterday, internet users informed that the new delegate is replacing the first ever delegate Dieudonné Samba, nominated on February 6, 2008, and who was also a special adviser to the presidency (Find here his name on the list of Cameroon’s presidential staff) since October 02, 2015. But, there are various rumors claiming alternatively that between October 2, 2015, and August 13, 2018, the former delegate combined his positions and left his assistants to assume the delegation roles or that he abandoned some of his duties such as representativeness.

Let’s remind that in 2016, as the government’s delegate to the CUB, Dieudonné Samba partnered with some mayors in the East on a project to teach ICT to 10,000 young people backed by Joseph Le. In addition, some of his statements, either reported or directly quoted during his time at the CUB have been published on the website of the government daily Cameroon-Tribune between 2016 and 2017. Such is the case of his statements when the construction of Bertoua town hall was to kick off and during the preparation of May 20, 2017 parade.

Moreover, a record, of an Emergency Procurement Procedures launched by Public Procurement Agency for the construction of CUB, dated March 20, 2017, bearing his name and signature as the government’s delegate demonstrates that up to that date, Dieudonné Samba was involved in CUB’s affairs.

Considering these facts, saying that there has been a vacuum of authority as far as the government delegation to CUB is concerned is just pure creation, however, each one of us is entitled to their own opinion…