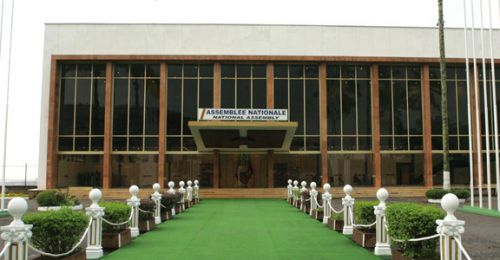 No, the Cameroonian government is not disbursing XAF54.5 billion to build the new headquarters of the National Assembly

It's nothing but a false rumor.

Is Cameroon disbursing XAF54.5 billion for the construction of the new headquarters of the National Assembly in Yaoundé? Well, this is not true.

Contrary to what is said on social networks, the construction of the new building to house the lower house of the Cameroonian Parliament is entirely financed by China, it is a “no-counterpart gift.” This means that the money was given to Cameroon, without any material or monetary compensation.

“It's a gift from China. It means you are given money which is not to be refunded, unlike the loan that you will repay later. China is offering us this building. So the money is not from the state coffers. Officially, it is a gift, but China is aiming for something else behind this donation. They may use it to convince us about something else in another area,” an economist explains.

The new headquarters of the National Assembly will cover a 37,500 m2 area. It will include a main block, a 400-seat hemicycle and auxiliary facilities.