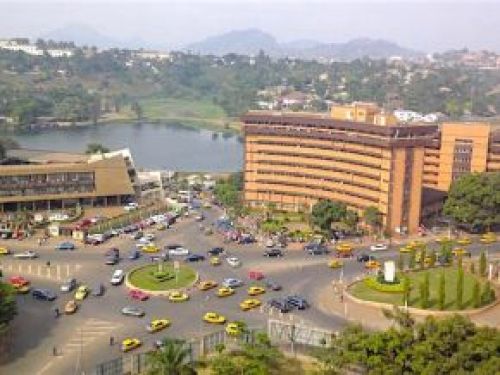 It is said that secessionists exchanged fire with armed forces in the town. Truly?

There was more fear than damage. On October 13, 2018, residents of Yaoundé, Cameroon’s capital, were really shaken. That day, many of them heard blasts and rumors automatically sparked around the city. For some, it was a bomb blast while for the others, it was gunfires. But no, after investigation, it appeared that there was neither bomb blast nor gunfire.

Naseri Paul Bea, governor of the central region, confirms that it was just a road accident that occurred at about 5 PM at Ahala-Barrière, in Etoa, Yaoundé 3, Mfoundi district.

The governor explains that this accident was caused by a truck of SCTM loaded with gas cylinders. According to the governor, this truck was coming from Binguela, the loading place, going to the East when its tires burst. "An onlooker who was rushing to film the scene was blown away by the blast and died on the spot", the governor reveals. The body of the victim who has not yet been identified has been transported to Yaounde hospital’s mortuary. Another wounded victim has been evacuated to a health center in the capital.

After the blast, firefighters and security forces came in to confine the accident and restore the traffic which had been stopped for hours. The governor reassures Yaoundé’s residents and indicates that an investigation has been ordered to better understand the reasons for that accident.