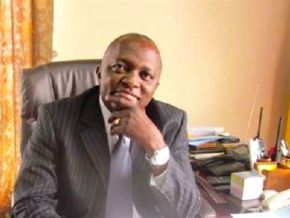 No school has been attacked on January 15, 2018, in the South-Western region

Bernard Okalia Abilai, governor of the South-Western region has refuted the rumors on January 15, 2018.

On January 15, 2018, it was claimed that armed men have attacked some schools in Buea, in the South-Western region. It was also said that members of the armed forces and university students have clashed.

This is all false. Indeed, the same day, Bernard Okalia Abilai refuted them via a statement and qualified the rumors as “wicked”.

The governor thus asked the population, the parents, students and economic operators to stay calm and avoid unnecessary panics. This, due to intoxication which is aimed at manipulating the public and creating an atmosphere of insecurity around schools.

He also assured the public that as in the past, authorities have taken measures to protect the students and teachers at schools.

Finally, Bernard Okalia Abilai also asks the population not to contribute to this campaign of misinformation which is ongoing in the English speaking region.