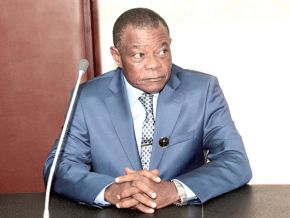 Has Peter Essoka, president of the national council for communication, been dismissed ?

Before her appointment, Jacqueline Alima Beyala was a retired civil servant. She will now guide the national consumers’ council for a period of three years, renewable once.

It should be reminded that the national consumers’ council is an advisory body which serves as the connection between the consumers’ organizations, government and business organizations.