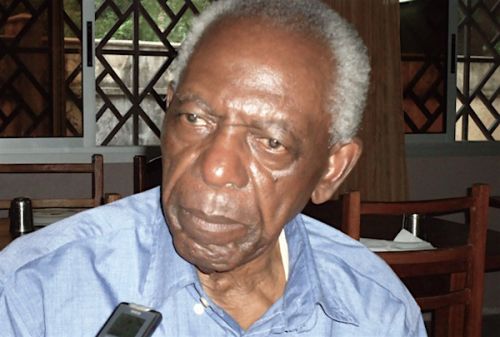 Yes, Prof. Eboussi Boulaga has once been a priest

It is said that the renowned Cameroonian philosopher and theologist who died in Yoaundé on October 13 was once a priest before quitting. True?

Prof. Fabien Eboussi Boulaga had indeed been ordained Catholic priest of the Society of Jesus (Jesuits) in 1969. "He presented his resignation letter to the Superior General of that society in 1980", informs Jean François Channon, a journalist and former seminarian trained by the Jesuits. The late professor is, therefore, one of the priests commonly referred to as the “defrocked”.

He is one of the founding fathers of the West African Catholic Institute in Abidjan. Many times interviewed about the reasons why he resigned, the talkative philosopher and university lecturer mentioned a “loss of faith”. He said he lost his faith in 1969, the year of his ordination.

But, even before his resignation in 1980, Fabien Eboussi Boulaga was already "disturbing" with his fundamentally Africanist theologies and ideas.

In 1977, he published "Le Muntu" (singular for Bantu)  that was questioning the link between Africans and Christians viewed under the prism of colonialism. His varied biography was all about that theme.

Fabien Eboussi Boulaga is, by the way, one of the theoreticians of inculturation (cultural adaptation) of the gospel in Africa and in Cameroon particularly. Songs in local languages and African dances were thus used during masses.

"He would have pushed the revolution further by advocating for African councils or general meetings of the Catholic church in Africa for instance but, the church can not be shaken that much", says an anonymous source with a mysterious expression.

Fabien Eboussi Boulaga died at 84 at le Jourdain, a medical center in Yaoundé.