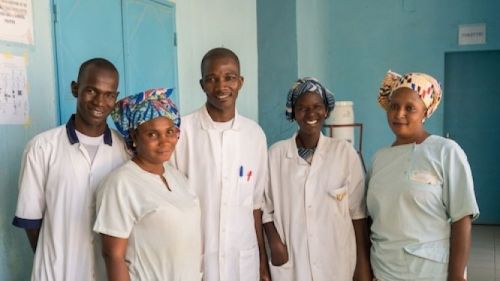 Yes, verbal and physical violence against health staff is punishable by law in Cameroon

In health facilities in Cameroon, workers are sometimes insulted by patients and their relatives; sometimes abuses are not only verbal but also physical. Surely those who commit such crimes do not know they can be prosecuted for it, under the law of 12 June 1967 on the Penal Code.

“Anyone who commits violence against staff of the Central Hospital of Yaoundé in the performance of their duties will be punished, according to Law No. 67/LF-1 on the Penal Code in its article 156, by imprisonment of one month to three years and a fine of 5,000 to 100,000 CFA francs,” according to a signed document by the Director of the Central Hospital of Yaoundé (Hcy), Professor Pierre Joseph Fouda. In fact, the minimum prison sentence provided for by law, in this case, is one year and not one month as stated in this note from Pierre Joseph Fouda. Also, contrary to what is said on social networks, this note is not recent since it dates back to July 25, 2016.

The law has been updated following the “aggression" of which Dr. Cécile Kounou was victim at the district hospital of Efoulan, in the 3rd arrondissement of Yaoundé this year.

She was brutalized by relatives of a patient who demanded that she gave priority to their patient. An incident that prompted the Minister of Public Health, Manaouda Malachie, to react. “I was very shocked this morning when I learned that a health worker was attacked while she was working to save a life. I strongly condemn this act. I would like to warn its culprits because we will now file a complaint against them,” the minister wrote on his Twitter account on Monday, November 4, 2019.

Let’s note that the penalty is imprisonment for five to ten years and a fine of 20,000 to 500,000 CFA francs if the violence and assault are premeditated or if they result, even unintentionally, in injuries as provided for in articles 277 and 280 of the above-mentioned law.

The same law also provides that the offender shall be sentenced to life imprisonment if the violence and assault unintentionally results in death (art. 156, para. 4), and to death, if it is committed with intent to kill (art. 156, para. 5).

It should also be stressed that article 156 of the Act of 12 June 1967 on the Criminal Code does not apply only to health personnel, but to all public officials since it deals with “violence against civil servants.”