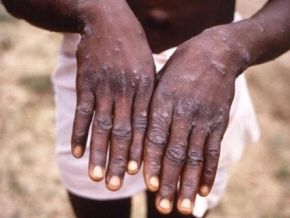 Yes, there is a monkeypox outbreak in Cameroon

Rumors say some cases of the disease have been recorded in Ayos, near Yaoundé, the capital.

Is monkeypox in Cameroon or not? Over the past few weeks, many people have shown concern about this issue due to rumors that there have been cases of the disease in Ayos, not far from Yaoundé.

The outbreak was indeed confirmed by a memo released on January 13, 2020, by the regional delegate of the Eastern region. "After cases of monkeypox (Monkey Pox) were recorded, with one confirmed death in the Central Region, Ayos district, on Thursday, January 9, 2020, the Regional Delegate of Public Health of the East Region triggered the health watch in all health districts of the East Region and particularly in the districts of Abonbang, Nguelemendouka, and Messamena."

The delegate reminds all actors of the public health that the disease is caused by a virus (Monkeypox virus) that is transmitted to humans by animals, through direct contact (respiratory secretions, saliva, wound exudate) or indirect means (contaminated litter and interpersonal). It is manifested by fever, generalized pustular skin rash, lymphadenopathy and breathing difficulties. Young children are the most vulnerable.