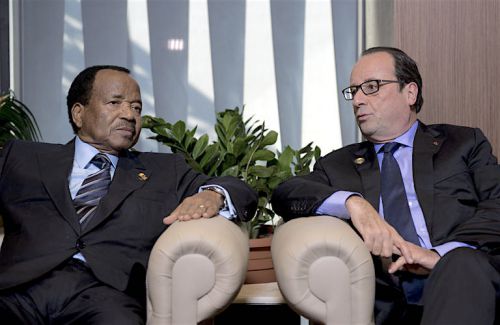 Is France being lax in the fight that Cameroon is waging against Boko Haram?

According some media, France is supplying arms to the Nigerian Islamic sect.

Here are some of the rumours conveyed in certain media. This has had the result of causing a reaction from the French Embassy. “Following certain press information plainly without substance, the Embassy of France in Yaoundé wishes to recall the consistent French position concerning Boko Haram”, specifies the diplomatic mission in Yaoundé, as it had already done in 2015.

The embassy reminds that France condemns in the strongest terms the attacks perpetrated by the terrorist movement Boko Haram in the north of Cameroon, alongside the Nigerian border. “France is engaged beside Cameroon, Nigeria, Niger and Chad in the fight against the threat that the Boko Haram sect represents to peace and security in Africa. The commitment of France aims to support the efforts of the States concerned to re-establish security and ensure conditions of sustainable development of the affected areas, for the benefit of the population”, hammered home the communiqué.

In conclusion, the document indicates, France salutes the mobilisation of the countries of the region since the Paris Summit of 17 May 2015 to bring a coordinated response to the criminal actions of Boko Haram, notably using the multinational force decided by the African Union. France encourages these countries of the Lake Chad basin to continue their coordination efforts.