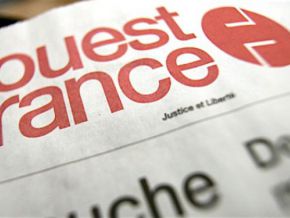 This is what a Cameroonian related in an article published on the web site of French newspaper Ouest-France.

This is the title of an article published on 14 March 2017 on the site of the newspaper Ouest-France.fr concerning a Cameroonian based in an old French commune, located in the Department of Maine-et-Loire.

This article relates how two French nationals, Vanessa and Judicaël, bakers, have been training, for more than one year the Cameroonian Yannick Kuetche, in the job. “Helped by some benevolent compatriots, the teenager Yannick Kuetche fled his country, where his family has been decimated. He lived with his mother in Bandjoun, a town located in the West of Cameroon. A city where Boko Haram has intensely spread fear and death, and still foments terror”, writes Ouest-France.

Only, one of two things is true. Either the French media has been taken for a ride by the Cameroonian on the subject of Boko Haram. Or Ouest-France did not review its source. In both cases, the information broadcast about the area where the Nigerian sect tyrannises is misleading. Because, contrary to what is written in the article, Boko Haram which has been terrorising Cameroon since 2013, has never attacked the West.

Until now, the terrorist attacks are confined to the Far North of the country, nearer the borders with Nigeria, from where the criminal nexus hails.

Hence, out of the 10 regions in Cameroon, the sect has attacked once in the North, and several times in the Far North. But never in the western part of the country.Yannick Kuetche's family can therefore not have been massacred by Boko Haram who have pledged their allegiance to the terrorist movement Islamic State.