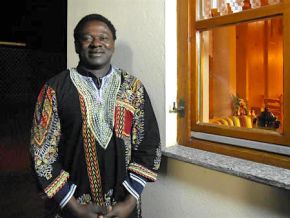 It is said that both Joseph Ndogmo and Chicgoua Noubactep are mayors in Germany. Is that true?

No, Joseph Ndogmo is not mayor in Germany. Chicgoua Noubactep, on the other hand, is. The first, Joseph Ndogmo, 50, doctor of engineering and university lecturer, ran for mayor of the municipality of Erdweg on 24 September 2017, but lost. His German challenger, Christian Blatt, won and became the mayor of the 6,000-inhabitant county. Blatt got 62% of votes against 32.5% for Joseph Ndogmo. Although he fell to become the city’s deputy mayor, it’s a pride for the Cameroonian native.

As for the 50-year-old Cameroonian native Chicgoua Noubactep, he is indeed mayor of the locality of Rittmarshausen, in the commune of Gleichen, district of Göttingen in Germany. This university lecturer was elected in September 2016 by the 5 members of the Local Council at their first statutory meeting. “They unanimously elected the geoscientist as the mayor of this village of about 750 people. There was no other candidate,” reports the German website http://www.goettinger-tageblatt.de/Die-Region/Gleichen/Chicgoua-Noubactep-erster-farbiger-Ortsbuergermeister-in-Niedersachsen

He has been living in Germany for 22 years and in Rittmarshausen for 3 years with his wife and their three children (he also has an adopted son) when he was elected (rather limited). Rittmarshausen’s population is delighted to have their “Obama”, first mayor of African origin. “This widens the local council and shows that we are a cosmopolitan village,” a city councilor reports to the above website.